I picked up a 12 pack at my local grocer for only $9.99, it was deal I couldn’t pass and I should’ve bought two as there were a few decent beers in the case and some that I really liked; you couldn’t go wrong for the price. I’m sure you’ve seen the Winter Classics variety pack and since doing research for this post, I learned it’s available during the months of November and December. The case of 12 includes two of each from, Boston Lager, Winter Lager, Holiday Porter, Old Fezziwig Ale, and their newest creations, Black & Brew and Chocolate Bock. I’ll be posting my thoughts on the Chocolate Bock in a few weeks.

Black and Brew is a Coffee Stout with a nice aroma of malt and bread notes, but I didn’t get any coffee aroma. A robust coffee flavor is prominent throughout, with a nice combination of chocolatey malt. There is a bitter finish to the beer from the roasted coffee. It has a nice body to it, really nice and creamy. 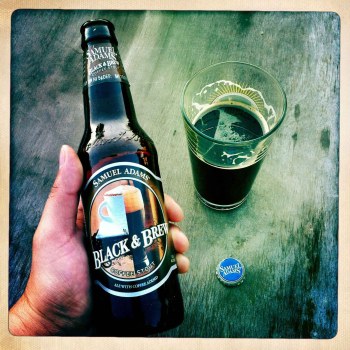 Here is my little one trying to get into my shot, lol.

This is a Four Beer Caps Stout that I truly enjoyed. The coffee and malt flavor combination really did it for me. I’ll be searching for this variety pack before the cold months are over. Just as I was finishing this post, I thought of a Stout Float; this would be great with a scoop of coffee or vanilla ice cream.

Throw one back for me ~ cheers!

Posted by OmarKalifornia on January 24, 2012 in Empty Bottles

A Visit to Bootleggers Brewery 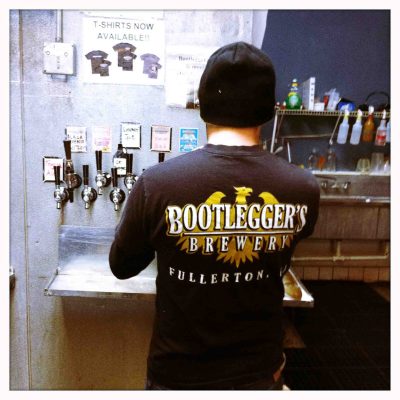 Happy New Year beer drinkers! Forgive me, it’s been a few weeks since my last post; I’ll drink for penance. Today I got out of the house and headed to Fullerton, California and visited Bootleggers Brewery, while there, I got a chance to enjoy some really good beers and I met a really cool cat named Noah. Noah mentioned a friend of his took him there and he fell in love with craft beer. I got the best quote from Noah, he said “before I came here, I was drinking Coors light”, and by the looks of it, he hasn’t looked back. He visits Bootleggers often because he loves fresh beer, so much so that he rigged an old refrigerator and put five taps on it; I share his love for beer. Great talking to you Noah and thanks for the pint! 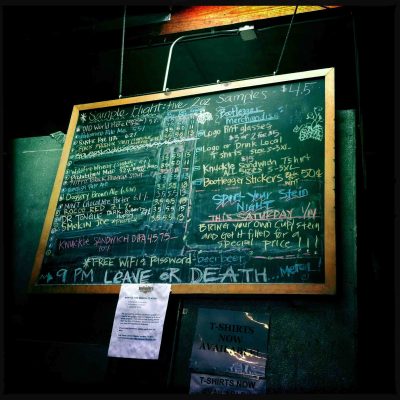 The couple on the left had driven 4000 miles and decided to stop by to get a taste of beer.

Before I took the drive there, I went to the Bootleggers site to make sure they were open and also to see what beers to expect. If you visit their site, you’ll notice they don’t update often. I only saw four beers, almost didn’t go, but I wanted to get out of the house and have a beer. Once there, I was surprised to learn how many beers Bootleggers brewed and had on tap; I was glad I took the drive. One thing to note about my visit, all the beers I was served today were on the very cold side, making the aroma almost non existent, with the exception of one beer where hops were very present. As I do with all the beers I review, I’ll give it a rating from the Kalifornia Beer Scale, 5 Beer Caps being the highest.

I started with their Chocolate Mint, there was no aroma, it was very cold like I already stated, no chocolate flavor, roasted espresso beans and not much else. I waited on the beer to warm up hoping other flavors would show up, but only mint did and it was very faint. 2 beer Cap.

The second beer I had was Dr Tongue. This Strong American Ale turned out to be my favorite out of the ones I had. Very strong hop aroma and flavor. Bread yeast taste comes through with enough caramel/malt flavor to let the citrus hop shine. The beer is very bitter, the finish will whoa you with bitter goodness. 4 Beer Caps.

Black Phoenix (Chipotle Coffee Ale) was the third beer I ordered. I’ve had my share of chipotle flavored beers and I gotta say this has been my favorite thus far. I really enjoyed the way the roasted coffee flavor marries with the smoky chipotle. For the finish you’ll find enough heat to invite you to sip again. I’m sure this is not news to everyone, but I’ll share anyway… chipotle chiles are smoked and dried jalapenos. 4 Beer Caps. 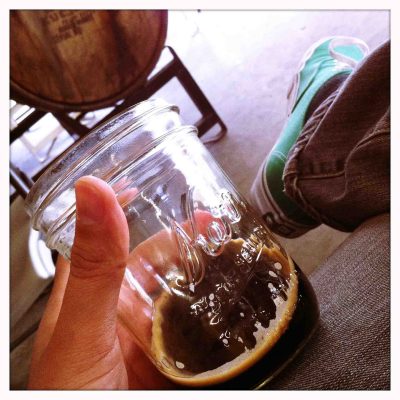 Rustic Rye, this was my fourth beer and it was something I was not impressed with; my least favorite beer. There were sweet aromas and flavors. Grapefruit and other pitted sweet fruits; certainly not a flavor profile I liked. I only had half a pour of it as I was ready to leave and was glad I didn’t pay for a full pour; I hate dumping beer or not finishing it. 1 Beer Cap. 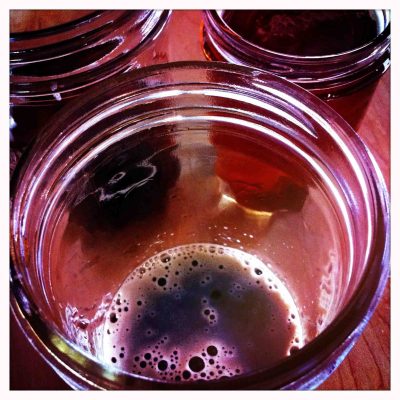 The fifth and final beer I tried was a 10% ABV Double India Pale Ale called, Knuckle Sandwich. I wish I had a designated driver with me to have enjoyed a full pour of it. The beer had similar sweet notes to the Rustic Rye, but it had malt and hop goodness. I should’ve bought a bottle of it, but I was in a hurry to get out of there to grab a bite and catch the second half of the Packers v Giants game that I forgot to buy a bottle. 4 Beer Caps, but I think it could be a 5 Beer Caps worthy; I shall determine when I have a pour of it again. 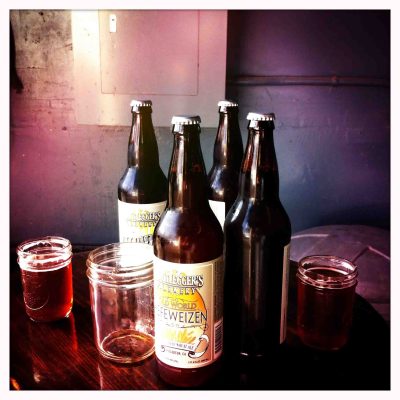 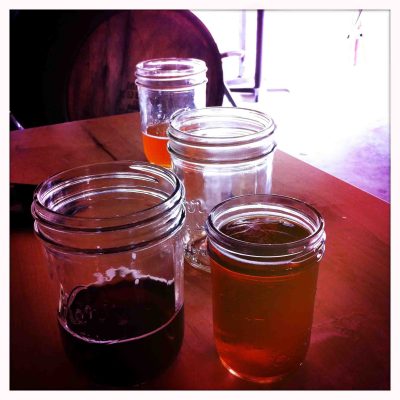 I plan on making my way to Bootleggers Brewery soon, but it will have to be on a night when one of the food trucks show up. I read about a German Sausage truck showing up every other week, so that should be some good stuff to enjoy along with a nice tasting beer. I was really impressed with the beers I liked. The tasting turned out to be hit or miss for me when it came to finding something I enjoyed, but that’s what’s great about visiting a brewery, you get it fresh from the source and you have choices.

Throw one back for me ~ cheers! 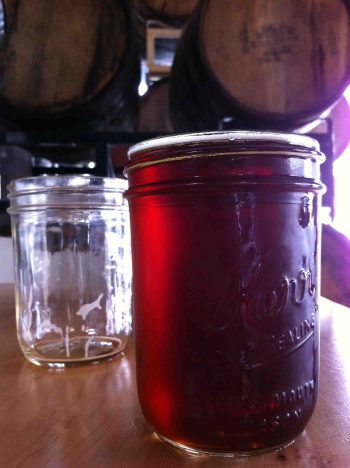 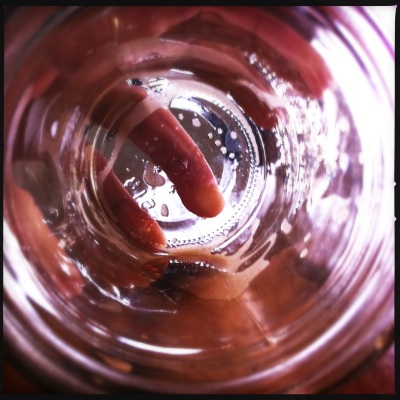 Posted by OmarKalifornia on January 17, 2012 in Beer Outings

The WordPress.com stats helper monkeys prepared a 2011 annual report for this blog.

A San Francisco cable car holds 60 people. This blog was viewed about 2,300 times in 2011. If it were a cable car, it would take about 38 trips to carry that many people.

Posted by OmarKalifornia on January 1, 2012 in Uncategorized