Field Trip To The Bruery

On a recent Friday I left work early; the reason? I wanted to drink beer.  It was a fuck you to work and responsibilities.  It was a moment to be worry free, like when Tom Sawyer would skip school to go swimming in the Mississippi river with his pal Huckleberry Finn; I had my pal with me that day,@Diskedo.  We couldn’t drink on an empty stomach so before we headed out to Placentia, we stopped by Pinoy Pinay in Cerritos (serves Filipino food) to stock up the tanks with essential proteins like pork and beef.  After the must have food, we were on our way to The Bruery. 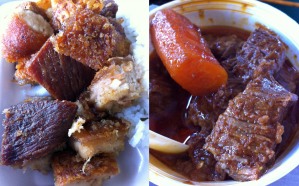 The Bruery’s taste room is small; it has a feel of an illegal warehouse serving beer during prohibition.  The taste room is located next to their brewing tanks, giving the place a good vibe.  We walked in shortly after it opened and only a handful of people were there, but after an hour the place was busy.  We met Craig, a fellow beer enthusiast whom we shared some good beer conversations with and told us that even though the place was busy, it was not as packed as the place can get.

We started with Mischief, a beer with an incredible aroma, very floral with citrus and hop notes, total bliss.  Belgian Ale and my lord is it good!  The Ale is silky and has a wonderful citrus flavor that makes it slightly tart.  The hop flavor leads to bitterness and a bit of spiciness.  I really enjoyed drinking this beer and the complexity of it was perfect, mischievous.

Autumn Maple is what we ordered second. Belgian Brown Ale that had good flavors and had character while it was cold; at 10% ABV and warm, the alcohol became too strong and sipping the beer became unpleasant and I could not finish the beer.  There were few things I liked about the beer, like the scent of nutmeg and the taste and aroma of molasses.  The info card on the beer states it’s brewed with lots of yams and other spices, where the sweet dark notes probably come from. The beer reminded me of pouring syrup over pancakes. 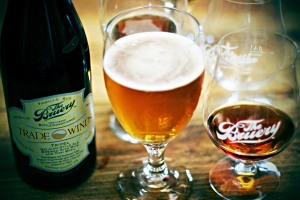 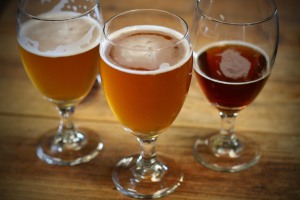 We said good-bye to The Bruery with Trade Winds, a Tripel.  It pours a golden color and has a nice herbaceous citrus scent.  A light body compared to the usual Tripels and has a bit of carbonation, but not a flaw; it can be a good refreshing summer beer with lots of character.  Great flavor from the fruits and yeast and I liked the spicy finish from the Thai basil; when I read it had Thai basil I thought this is going to be interesting, but it added good depth to the beer.

I had a great time at The Bruery and I honestly can’t wait to do it again.  I went there with the sole purpose of trying their seasonal brews on tap and I’m glad I decided to come here instead of a gastro pub I had in mind. The Bruery is inventive and there were certainly some misses for my taste buds, but for the most part they have solid brews and I’ve become a fan.  I look forward to their spring seasonal brews, none of which I’ve had, but was told by Craig that Humulus Lager is some good stuff.  The Bruery gets 4 caps for an over all experience, they would get 5 caps if they were to brew some IPA’s, but apparently it’s a piece of the market they don’t want any of, and for good reason, they make great Belgian Ale’s. My hat’s off to them!

Posted by OmarKalifornia on September 20, 2010 in Beer Outings

The end of summer is near but I’m still drinking them beers!

They are doing great things out in Michigan, Bell’s in particular with a wheat summer ale called Oberon. The beer pours a nice hazy orange and it has a wonderful aroma. It has a faint sour smell, citrus notes, and it had a bubbly soap scent; very summer. The ale has a quick fading taste of hops, light fruity notes, and citrus. The citrus is the main character of the beer, but it wasn’t overpowering, it gives way to a refreshing mouthful. This is a clean and crisp summer ale, it would be one I’d recommend you serve to friends that are afraid of beers that actually taste like the ingredients they are brewed with; I’ll guarantee you that they’ll like it.

I’ve paired this beer before with pork chops that were seasoned with herbs de Provance; the beer cut nicely through the fat of the chops and the combination of the herbs and the citrus was a perfect. This time around I paired it with a steak that was seasoned with lavender salt, pepper, thyme, and green onions; I got the same result, it was a perfect pairing with the big piece of ribeye. 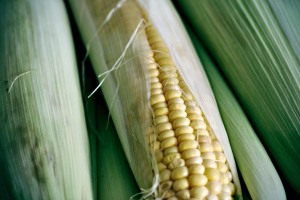 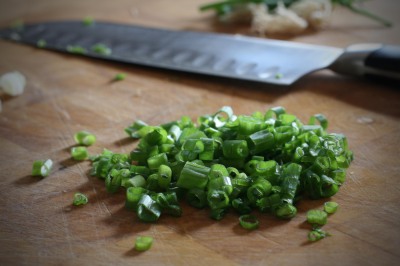 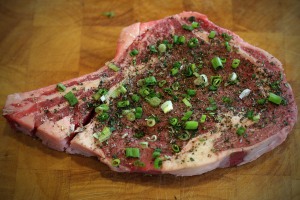 Oberon is the king of fairies, but this Ale is no fairy, it’s good wheat ale worthy of four beer caps.

PS
I’ve added a new section at the top of the page under “CasaMadrigal”, here you will find future posts that will be about food, recipes, and pairings.  Thanks @ExLibris for the suggestion.